Don DeLillo is Not Dead 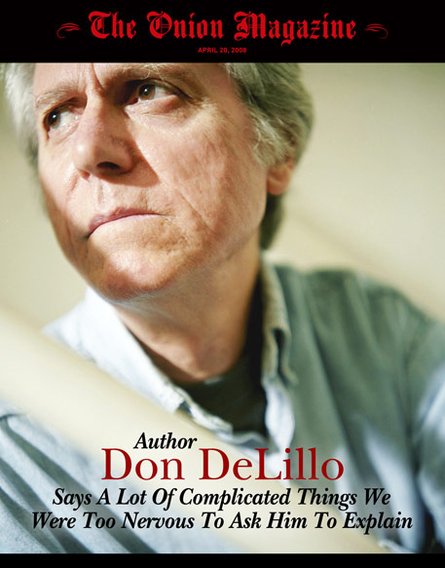 Also: Not Dead Yet

While it seems impossible to believe, some people don’t know who Don DeLillo is; or, as I say to students, he’s the most famous author they’ve never heard of.[i]   And many of those people, including my non-academic acquaintances—yes, I have some—presume that Don DeLillo is dead.  They’re surprised that he’s not.

Their assumption raises a few interesting problems for teachers and scholars of living authors.  The first is the notion that the only authors worth studying must come from a previous era, a line of reasoning that English Departments discarded decades ago but that the general public may not have.  Not that they don’t read, or even prefer, living authors themselves, but that living authors don’t produce Literature, only books, and ideally bestsellers.  We can’t, in this line of thinking, really know an author’s place, value, or contribution in his or her own lifetime, as though authorship were akin to sainthood.

The second is what I think of as the Back to School Problem.  If you’ve seen the movie (1986), Rodney Dangerfield (who is, in fact, now dead) plays his usual self-deprecating schlub.  In the words of IMDB’s tagline, “To help his discouraged son get through college, a funloving and obnoxious rich businessman decides to enter the school as a student himself.”   When Dangerfield’s character needs to write a paper on the novels of Kurt Vonnegut (who is also now dead), he hires Vonnegut himself to do the work.  The cameo alone is funny, but the punchline is that Dangerfield fails the paper, not just because the professor knows right away that someone else wrote it, but also because “whoever did write [this paper] doesn’t know the first thing about Kurt Vonnegut.” (Warning: offensive language)

The joke, as usual I suppose, is on the professor, who, we understand through dramatic irony, only thinks she is an authority on Vonnegut’s work.  Or worse, she (unknowingly) believes that she knows Vonnegut better than he knows himself.  Despite decades of reader response theory and deconstruction, despite cases where authors themselves have claimed not to have understood what at they wrote at the time, despite authors admitting only a hazy notion of how their work would be interpreted, in the popular mind, the author is still the best, and maybe only, authority on his or her work.  Shakespeare can’t tell you that your, say, Lacanian readings of Hamlet weren’t what he intended.  Well, how could they have been?  And contemporary critics understand that intentions are not the only point—if not beside the point entirely.  But Don DeLillo can still tell you that your, say, ecocritical reading of White Noise isn’t what he intended.  Or, as he has suggested in interviews, that he never reads critical or literary theory.  And, unlike, Back to School, it would not be a joke.  If students worry that they’re not entitled to form opinions on Shakespeare because his work is centuries old, endlessly discussed, and firmly canonical, they can feel equally constrained by the living author, because they can still be proven wrong, if the author only says so.

Which takes me to my final problem.  DeLillo, unlike, say JD Salinger (who died only recently), is not only alive but still prolific.  The last decade alone has produced The Body Artist, Cosmopolis, Falling Man, Point Omega, and the new collection of short stories, compiled from 1979-2011, The Angel Esmeralda: Nine Stories.  This work alone could be the envy of many authors—consider that in about the same time, Jonathan Franzen produced a single novel, Freedom; in only a little less time, Jeffery Eugenides wrote The Marriage Plot.[ii]  So in addition to what I see as the indisputably Great Novels—White Noise, Libra, and Underworld—such an output is astonishing.

And these works can’t help but change how I read DeLillo now.  Point Omega is almost the anti-Underworld (Overworld?), so sparse and imagistic as to be nearly inscrutable.  If Underworld overwhelms readers, Point Omega underwhelms them, by design.  Libra is often read as speculative fiction, a conspiracy-minded counter-narrative to the prevailing Kennedy history.  But rather than taking on what could have been a similar approach to 9/11, DeLillo completely eschews paranoia in Falling Man, surrendering his anointment as chief shaman of the paranoid school of literature.  And Angel Esmeralda, for me, provides the greatest pause.  Perhaps I shouldn’t admit that I had never read the first story “Creation,” published in 1979, but reading it now reveals a writer interested in mixing breezy eroticism into his usual—and now, arguably since White Noise, semi-suspended—absurdist, black humor.

Overall, what the collection—and the past decade’s work—demonstrates is an author who is unrepentantly alive, in all senses of the word:   animated, energetic, relevant, and changing.  It gives the reader a lot to live up to, and much to look forward to as well.

Time: OK, I have to admit that I forgot to pay attention to the clock today. I know, I know, that’s my whole schtick.  Maybe 60 minutes? Probably a little over.  Not too much, though.

[i] Chances are that this isn’t even true, since many have not heard of Joyce or Faulkner or even Austen, but I like the line.

[ii] Not that these aren’t great achievements, I hasten to add, since Franzen and Eugenides are alive and likely to get annoyed at such comparisons.

4 thoughts on “Don DeLillo is Not Dead”